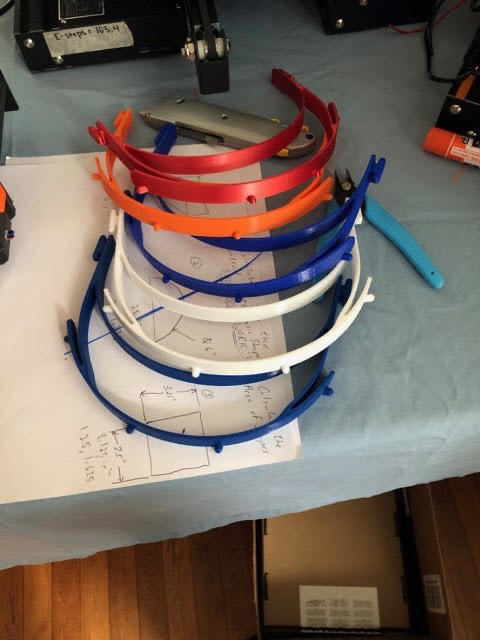 EHOVE Career Center is helping local healthcare workers who need personal protective equipment (PPE) while they're working on the front lines of the COVID-19 pandemic.  The need is critical across the country, as well as in our community, with shortages now commonplace as demand for the items increases.

Three EHOVE career tech instructors are 3D printing headbands for face shields that healthcare workers use to protect themselves during procedures and interactions with patients. So far, the instructors have made over 400 headbands.  And, they’re doing it from home while still teaching their students in online classes.

“I originally saw an article on Facebook by Prusa Research, a 3D printer manufacturer, about how to help during the pandemic, and I immediately thought of all the 3D printers we had at EHOVE,” said Dan Langdon who is an instructor for EHOVE’s Engineering Tech and Industrial Tech programs.  “I saw an opportunity to make a difference.”

Langdon asked his wife to take the article to her workplace, Fisher-Titus Medical Center, to ask management about the viability of the effort for the hospital.  After some discussions and planning, the project quickly started and so did the 3D printing. Langdon was joined in the effort by EHOVE Explore STEM instructor Tony Limberios and EHOVE Engineering & Manufacturing instructor Noah Rasor, who also manages the school’s Fab Lab.

“We’ve set up print farms at our houses,” said Rasor.  “Between the three of us using EHOVE’s printers and our own personal printers, we have 13 total going around the clock.”

“We are printing headgear files similar to Prusa Research’s that had some design modifications made by a Fisher-Titus employee,” said Limberios.  “I plan to keep going until I’m told to stop.”

Over 300 headbands have been delivered to Fisher-Titus Medical Center so far.  “The support from our community has been amazing,” said Brent Burkey, MD, president & CEO of Fisher-Titus. “It’s humbling that so many people and organizations, such as EHOVE, have been willing to use their resources to provide much-needed items for our frontline staff.  We truly are in this together.”

Langdon said they are now producing as many as possible for delivery to Firelands Regional Medical Center and are working with emergency management agencies in Erie and Huron Counties to distribute them to first responders.

After the headbands are delivered, the clear face shield is added using various materials, sometimes even X-Ray film, and cutting elastic to length for securing them to the users’ heads.  After use, the headband can be sterilized and reused.

With the PLA filament they already have to create the headbands, supplied by EHOVE and their own personal rolls, the instructors can print over 2000 more headbands.

“This is a powerful example of EHOVE’s culture,” said EHOVE Superintendent Chris McCully.  “EHOVE is part of the community and will always support it. The collaboration by these instructors was immediate.  They are using their talents and knowledge to fill a need that will protect so many people during this crisis.”

PHOTOS (L-R):  Dan Langdon (looking down), Noah Rasor (with TV on in background) and Tony Limberios (wearing hat) at their 3D printer farm setups at their individual homes. 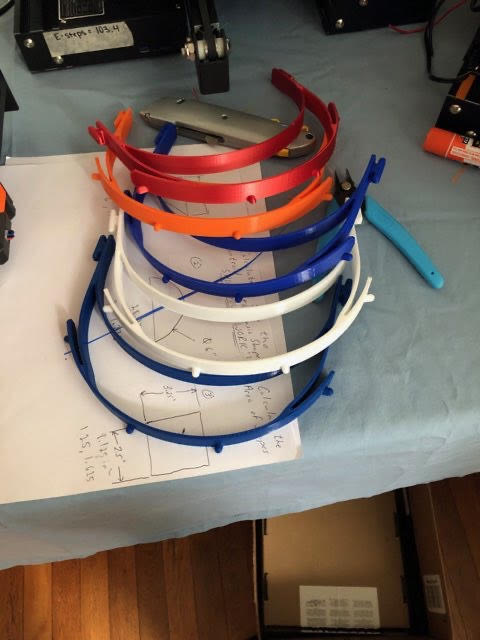 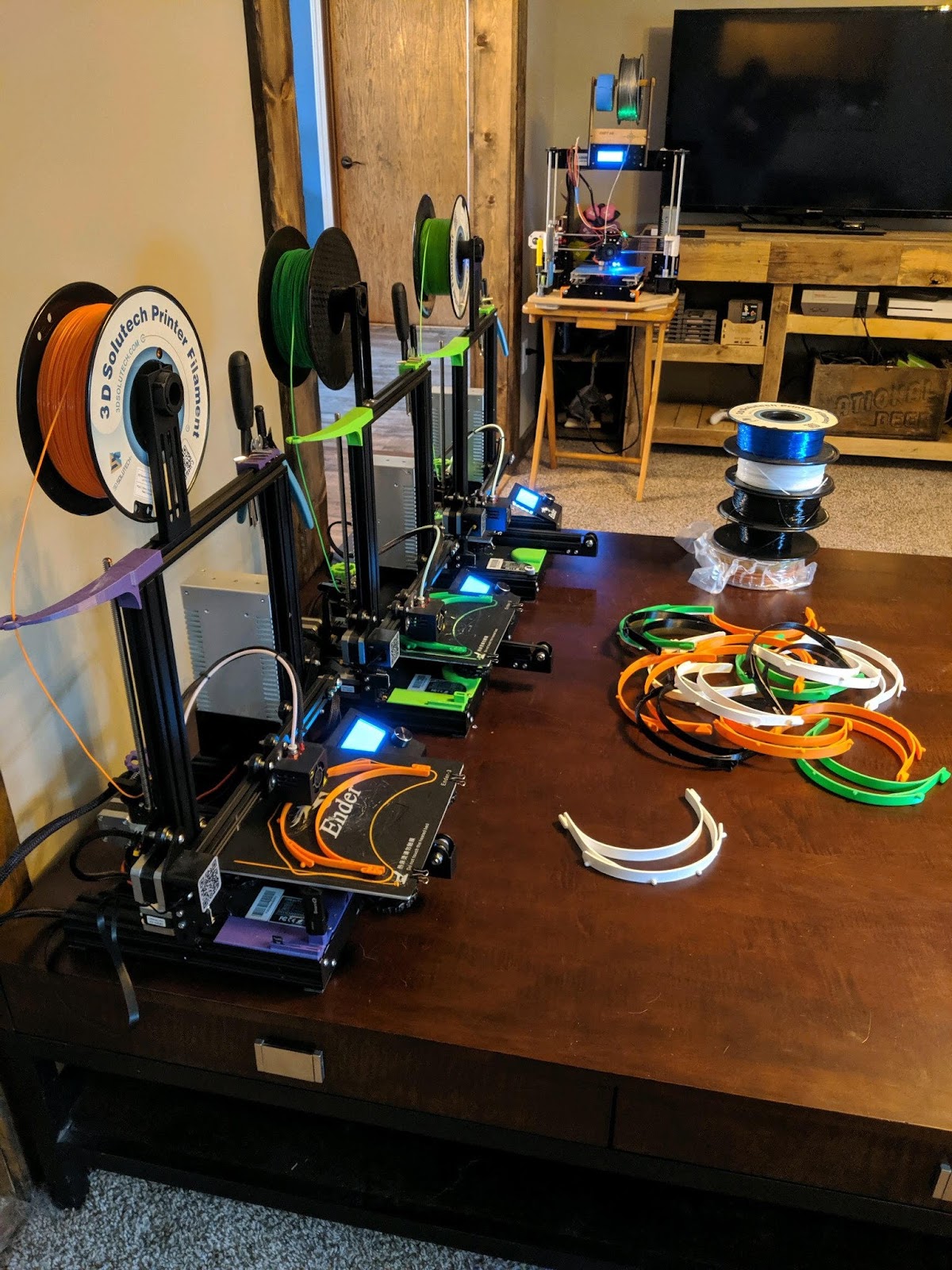