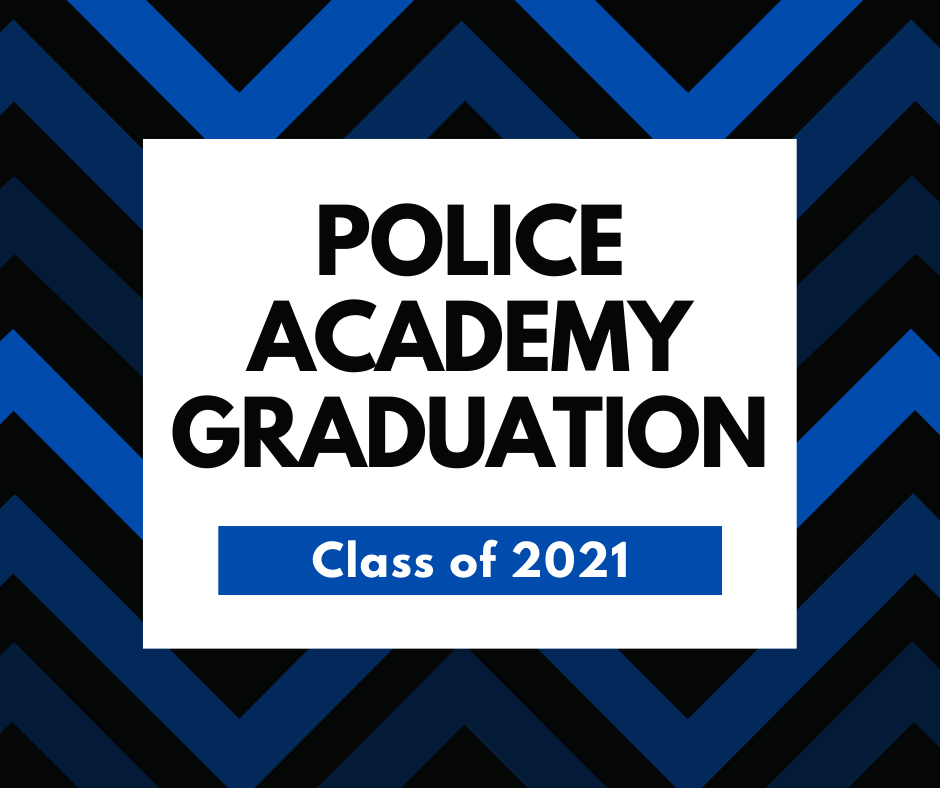 Congratulations to the graduates of EHOVE Adult Career Center’s Police Academy. Students in the program learn the skills they need to become certified as a basic Police Officer in the State of Ohio.  They learn about and utilize firearms, defensive tactics, driving techniques, traffic enforcement and more.

Chine, Bynum-Robinson and Zolnowski were selected to be the Police Academy’s VIPs.  Their role as VIPs is to take photos and videos of their Police Academy experience.  They are trusted to professionally post them on official EHOVE social media channels.  You can view their posts by finding EHOVE Police Academy on Facebook, Twitter and Instagram.  This additional skill of managing social media is a valuable asset for graduates' resumes, as many police departments utilize social media as part of their community outreach and general communication.

Applicants are being accepted now for the next session of EHOVE Police Academy.  If you or someone you know is interested in attending, please find more information at www.EHOVE.net or call 419-499-4663.