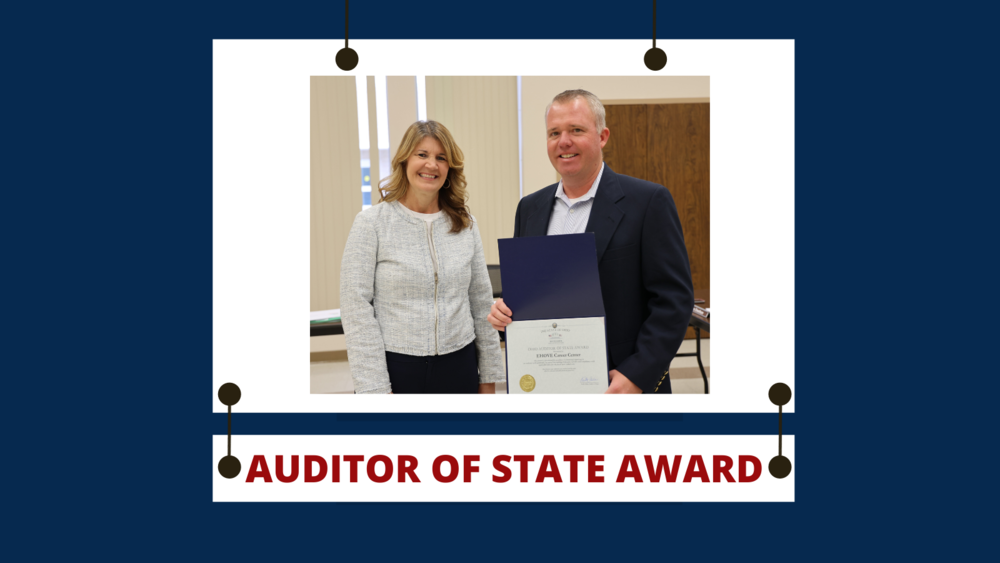 Auditor of State Keith Faber announced that EHOVE Career Center received the Auditor of State Award for a clean audit report.  Only 8% of organizations that are audited receive this award.  EHOVE has received the award every year of the seven years that Tim Coffman has been Treasurer.

The Auditor’s office presents the award to local governments and school districts upon the completion of a clean financial audit. “This shows what an excellent job is being done accounting for every dollar in this school district,” said Northwest Regional Liaison Lori Brodie from the Ohio Auditor of State office before she presented the award.

Entities that receive the award meet the following criteria of a clean audit report:

Full copies of all reports are available online or more information is available by contacting EHOVE Treasurer Tim Coffman.

The Auditor of State’s office, one of five independently elected statewide offices in Ohio is responsible for auditing more than 6,000 state and local government agencies. Under the direction of Faber, the office also provides financial services to local governments, investigates and prevents fraud in public agencies, and promotes transparency in government.

PHOTO:  Northwest Regional Liaison Lori Brodie from the Ohio Auditor of State office, presenting EHOVE Treasurer Tim Coffman with the award at the March 9 Board of Education meeting.